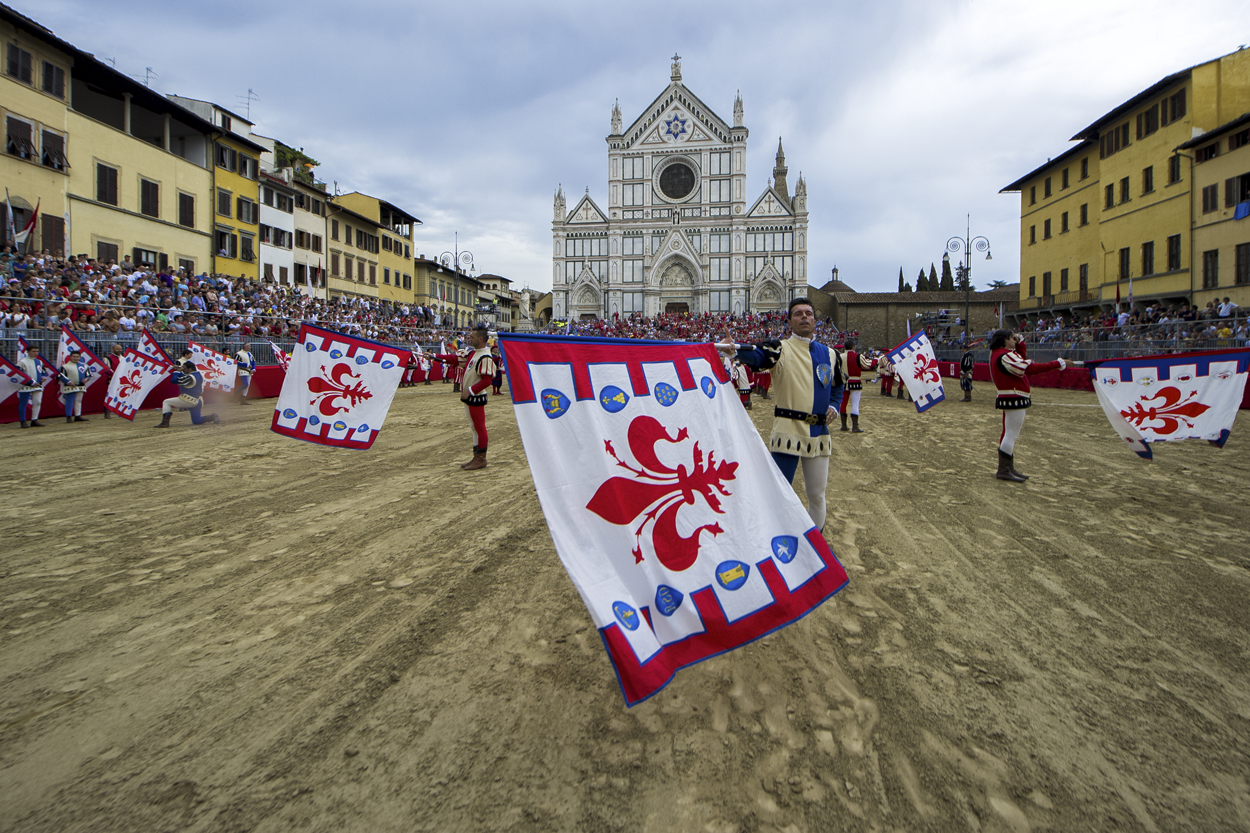 On June 24th Florence celebrates San Giovanni with a day rich of events and official appointments both for Florentine people and visitors. Check out the main events!

Saint John The Baptist became the patron of Florence during the Lombard times and since then he’s been much worshiped and honored. Noble and rich people of Florence had to pay homage with richly decorated church candle  on June 24th; these candles used to be lighted up inside the Baptistery all year round. 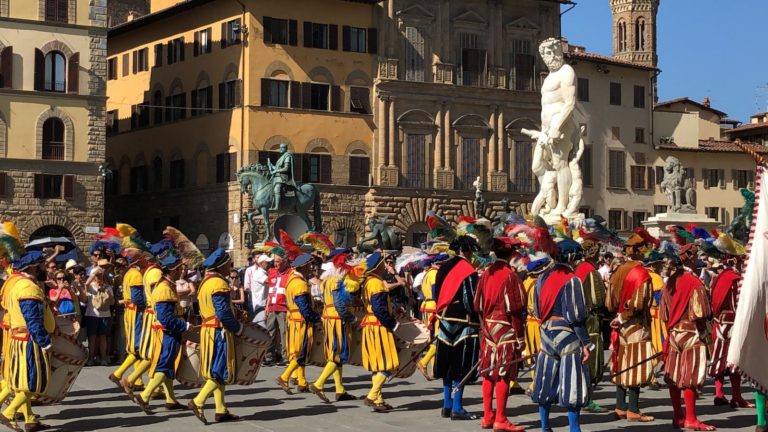 Nowadays in the morning at 8.30 am a small parade departs from Palagio di Parte Guelfa to reach the Baptistery bringing still church candles; around 10.30 am,  after the homage of Florence Mayor and religious authorities to San Giovanni there is the official Mass inside the Duomo.

In the afternoon at 4pm the Corteo Storico della Città di Firenze, the official and colorful historical parade, departs from Piazza Santa Maria Novella and arrives in Piazza Santa Croce; the parade passes through via de’ Banchi, via Tornabuoni, via Strozzi, piazza della Repubblica, via Calzaiuoli, piazza della Signoria, via della Ninna, via de’ Neri. 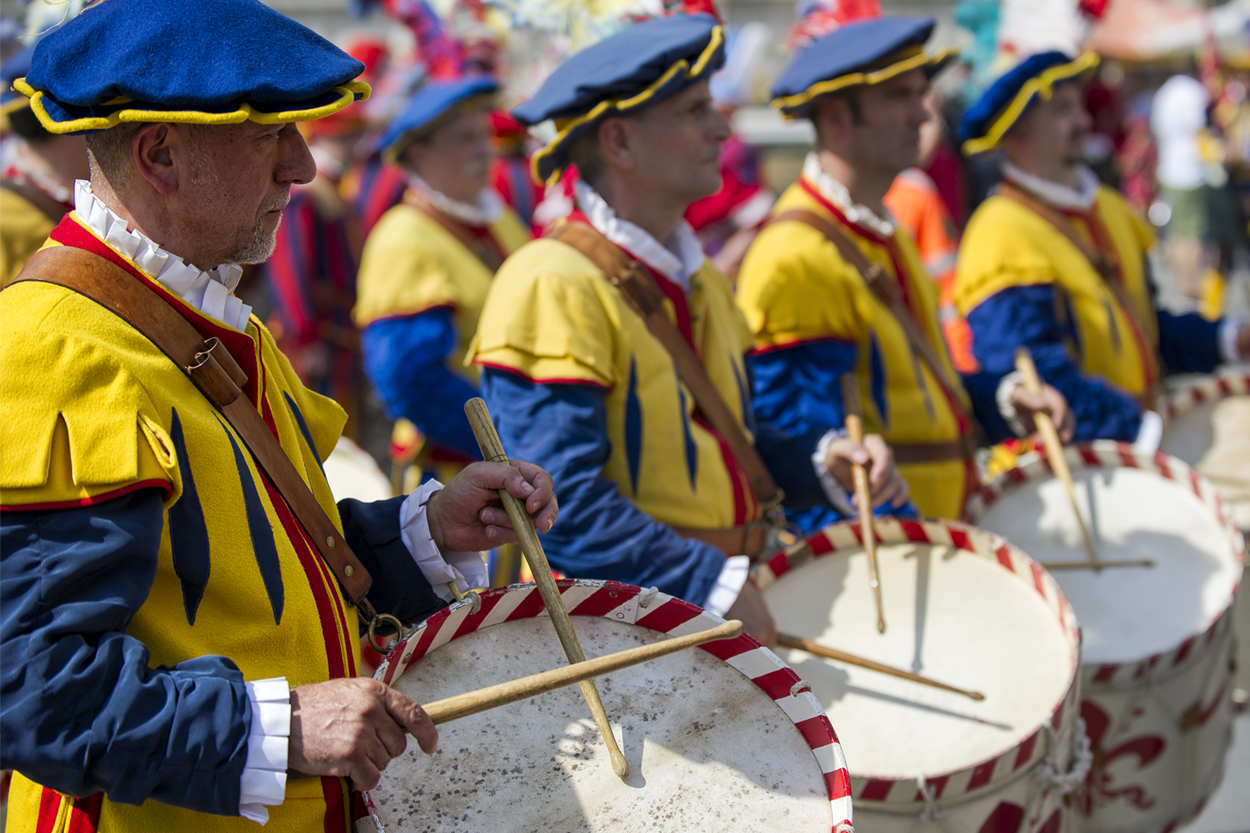 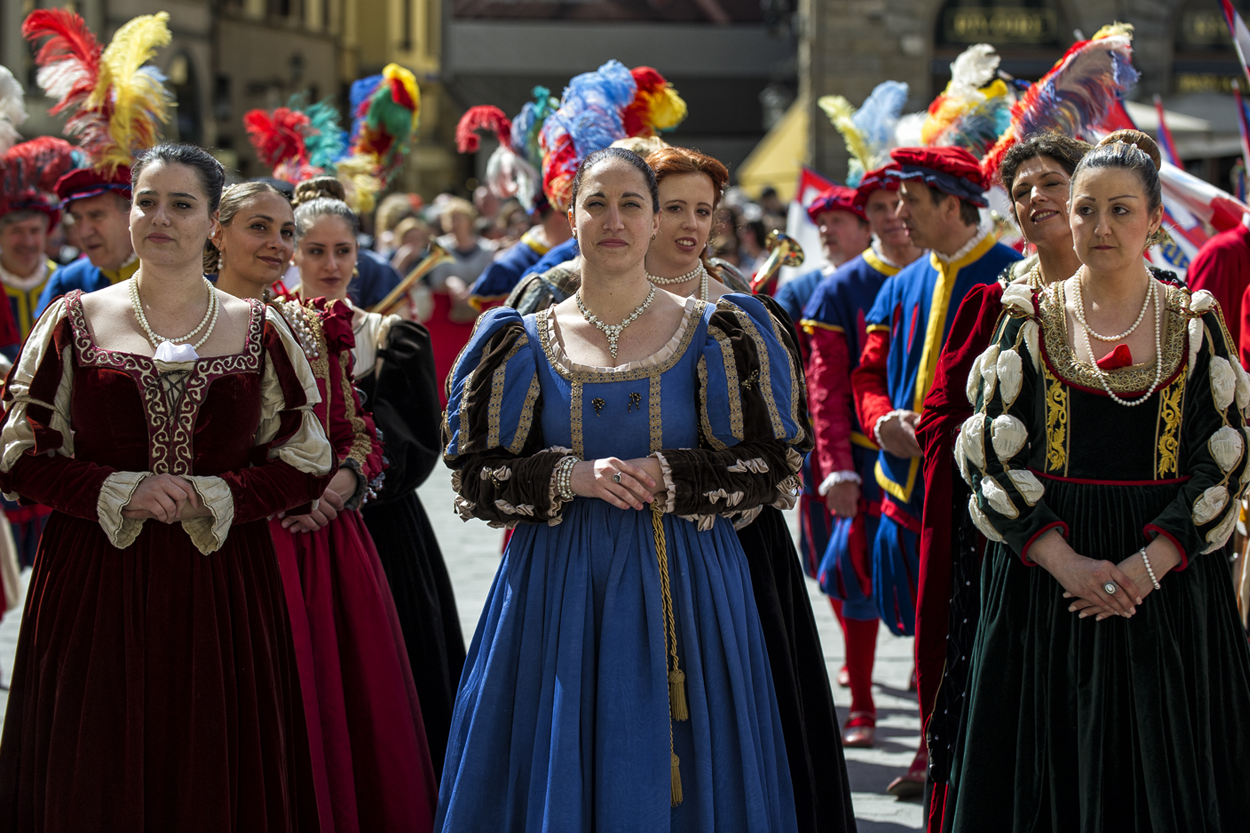 At 5pm in Piazza Santa Croce there is the final match of the historical football Calcio Storico Fiorentino: the 4 boroughs of Florence fight each other in this old soccer game dating back to Renaissance.

The day ends at 10 pm with Fochi di San Giovanni, i.e. the fireworks. The best place to admire the show is along the river, because the focus point is Piazzale Michelangelo. 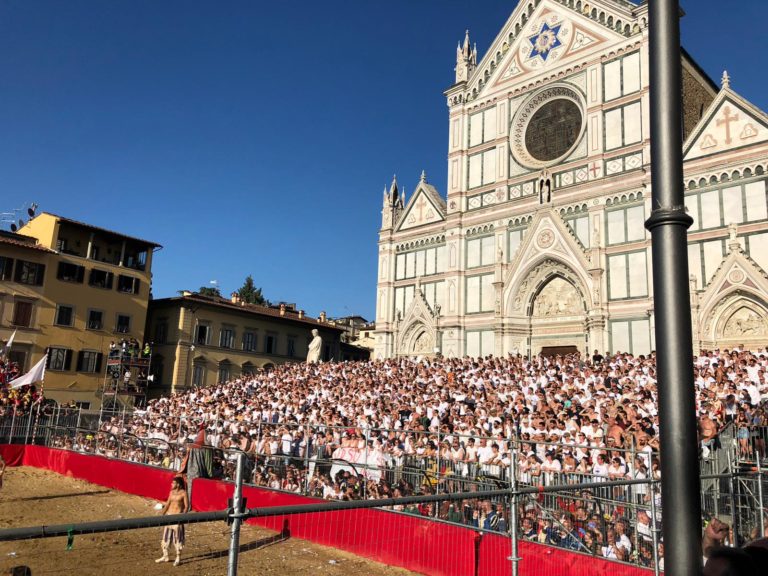 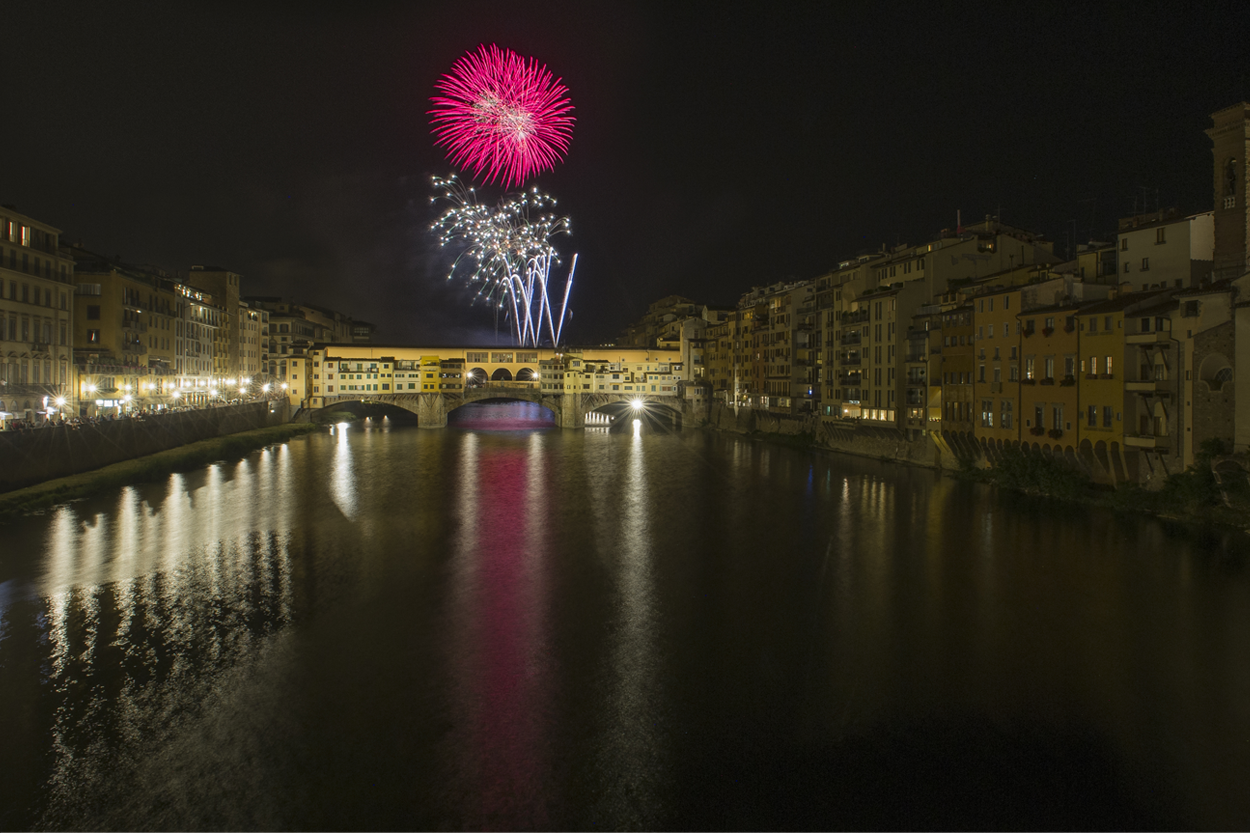